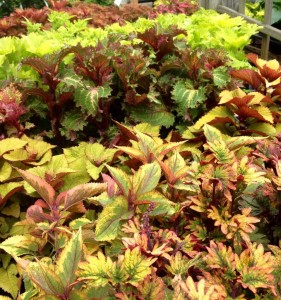 The “Better Late Than Never Garden” is living up to its name again this year. It was just about a year ago, at the end of June, 2014, that the garden was planted with sunflower, tithonia, hyacinth bean vine, and zinnia seeds, along with a myriad of assorted plants that were still in stock late in the season. 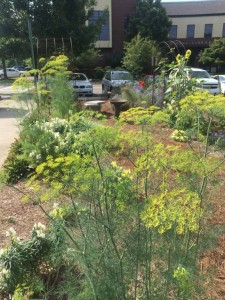 This year is right on track as the tired snapdragons, foxglove, delphinium, and the last of the very worn out pansies, barely hanging on in the summer’s heat,  were finally pulled out and tossed into the compost.  We left the dill that had bolted and is now in flower to continue blooming. Blooming dill always reminds me of my grandmother’s garden. She always let it go to seed and used them for dill pickles. Gardens are sometimes as much about memory as the here and now, aren’t they?

I surveyed the four beds after the winter’s  pinestraw mulch had been raked off, the beds amended with PlantTone, and finally a layer of soil conditioner had been lightly raked in. So nice and neat, I thought. We are ready to begin a new season! Stay tuned for more posts on this season’s planting adventures.