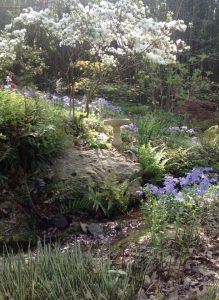 March and April are the months in the south that finally drive winter out for good, after the usual roller coaster rides with temperatures rising then falling, and multiple cycles of freezing and thawing.

Though our last average frost isn’t until mid-April, this year the fat buds of cherry trees and crabapples, spiraea, forsythia, and many more have burst into fragrant, beautiful bloom, and neighborhoods are awash in color. 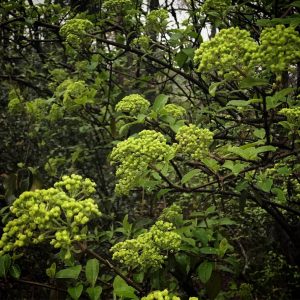 Favorite shrubs of mine that add to the spring symphony are our native deciduous azaleas and the hybrids that have come along in recent years.

We have a selection available now, and, as they’re considered by many to be some of our most beautiful flowering shrubs, you might like to add one or more to your garden this year. 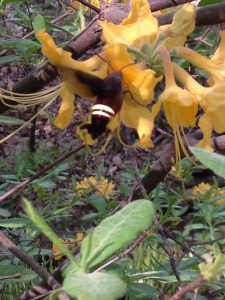 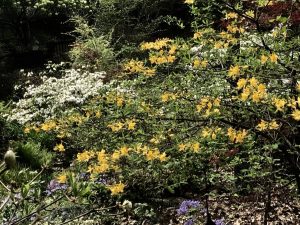 A mistake many people make when deciding where to put their deciduous azalea is placing it in too much shade.

They do need some sun to bloom well, so be sure to think about how much shade mature trees cast in your landscape when considering your placement. 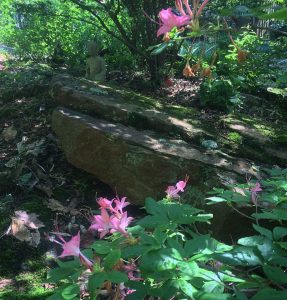 Once you’ve decided on your spot, don’t make the next mistake many people do when planting a new shrub, especially deciduous azaleas which are shallow rooted, by planting too deeply. Plant the rootball slightly high, water well, and mulch with pinestraw. 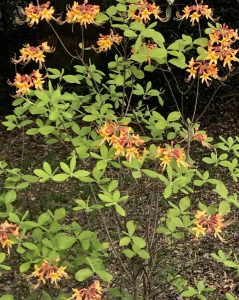 Once your shrub is planted, don’t neglect water. Though they need a well draining soil, they also need even moisture, so be mindful of this especially through the first two summers and possible dry spells.

Though they can grow up to 12’ in height, I do very minimal pruning on my deciduous azaleas, because they’re in a rocky area and haven’t quite gotten that big.

If you wish to prune yours, it’s best to prune early blooming varieties right after they bloom, since the following year’s flower buds form in June. With judicious pruning you can achieve a smaller shrub at around 6’. 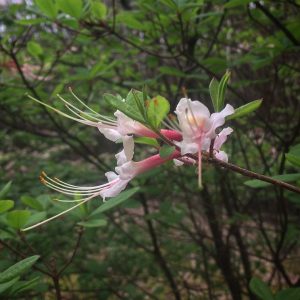 Do you think you have just the right spot for at least one of these beauties? I hope you do. You’ll be creating  your own magnificent symphony of color and scent for neighbors, pollinators, (and you!) to appreciate and enjoy.

Last week our first spring shipment arrived, this from a local grower in Shelby County. We can always count on them to supply us with healthy plants, all of which are chosen for our area. 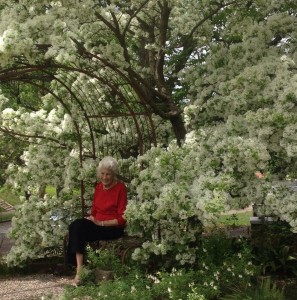 This shipment has treasures that you might not notice on first glance. Because of our space limitations we carry small quantities of plants we think are worthy of your purchase. These include our native fringe tree, Chionathus virginicus, a beautiful understory tree that everyone comments on when it blooms in April.

The common name comes from the clouds of white, fringe-like blooms that hang from its branches, and many believe it rivals dogwood trees for beauty.  Its size is variable, ranging from 12′-20′ and as wide, and the perfect spot would be in full to partial sun. This would also make a wonderful remembrance gift. 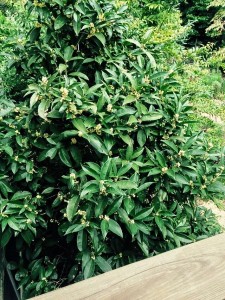 Osmanthus fragrans, the fragrant tea olive, is a large shrub that is unassuming until its sweet fragrance gives it away in the late fall, though there are also some flowers in the spring too. It’s very drought tolerant, but it does need a protected spot as it is as the edge of its cold hardiness here in Birmingham.  Most importantly, plant it where you’ll be able to enjoy its unbelievable fragrance! 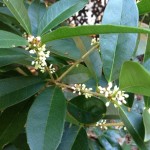 If your landscape has room for any native deciduous azaleas, we also have these gorgeous harbingers of spring. Unlike the usual azaleas you might be familiar with, these bloom before they leaf out and the blooms seem to float in midair. 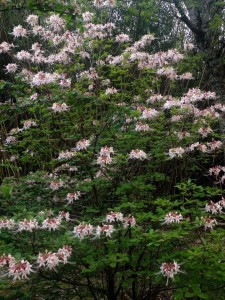 One of the most beautiful is the Florida flame azalea, and we have a selection of it, Rhododendron austrinum, “Escatawpa’. It’s a vigorous grower with fragrant yellow to orange blooms.

In addition, we have the soft pink flowering and very fragrant native azalea, Rhododendron canescens, also known as the Piedmont or Honeysuckle azalea. Perhaps you’ve seen large specimens up to 10′ tall  blooming in gardens here in  the early spring and not known what it was.

Another,  Rhododendron ‘Spring Sensation’, is one bred for heat and humidity tolerance and large blooms.  All native azaleas do well here if given filtered shade, though they need enough sun to set buds, so don’t site them in deep shade. Keep an eye on them their first summer, supplementing water if we go through dry spells, and enjoy the beautiful show each spring. 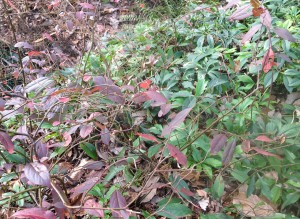 A native deciduous shrub (meaning it loses its leaves in the winter) available now that does well in the garden and in containers is our native Virginia sweetspire, Itea virginica. We have a selection called ‘Henry’s Garnet’, grown for its profuse and fragrant blooms, beautiful red fall foliage, and tolerance of dry or damp soils once established. It’s truly a wonderl in any garden, adding beauty in each season.

Spiraea is a deciduous shrub that many ask about when it’s in bloom. Its claim to fame has to be all the tiny blooms creating a beautiful show along arching stems. Selections we have now are ‘Renaissance’, and a dwarf selection, ‘Tor’.

An old fashioned shrub, pearlbush, ‘Exochorda’, gets its name by the round pearl like buds that open to  white flowers. The selection we have is called ‘Blizzard’, and for good reason; it’s reputed to have a blizzard of large, frilly, white flowers at its height of bloom. Spiraea and pearlbush are known primarily for their spring interest, and they are worth waiting for each year! 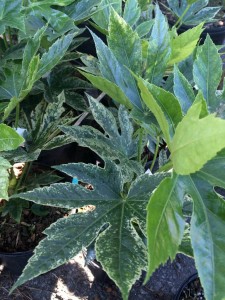 We have fatsia too, but not the plain green leaf fatsia you might be familiar with. This one is called ‘Spider’s Web’, and it has mottled leaves that reputedly become even more mottled with age. Plan to place this in a protected, shady spot, or utilize its tropical leaves in a summer container

Finally, a few more plants you might be interested in include bay laurel, Laurel nobilis,  for edible bay leaves if you’re a cook, and a deciduous vine called Schizophragma. Its common name of climbing hydrangea (though it’s not a true hydrangea) describes its hydrangea-like blooms. The selection we have is ‘Rose Sensation’.

Another vine of note we have now is Confederate Jasmine, Trachelospermum jasminoides.  The selection we carry is a more cold hardy variety called ‘Madison’.  These shiny green leaved vines with fragrant white blooms are a staple in southern gardens. Keep in mind that even though it’s listed as an evergreen vine, it can get knocked back by particularly hard winters.

Of course, this is just the beginning, as the nursery will begin to fill quickly with the approach of spring. Stop in. There may be a treasure waiting just for you!